© Spirit Heart Sanctuary and Island in the Stream. Unauthorized use and/or duplication of this material without express and written permission from this blog’s author and/or owner is strictly prohibited. Excerpts and links may be used, provided that full and clear credit is given to Maia Nartoomid and Island in the Stream with appropriate and specific direction to the original content. 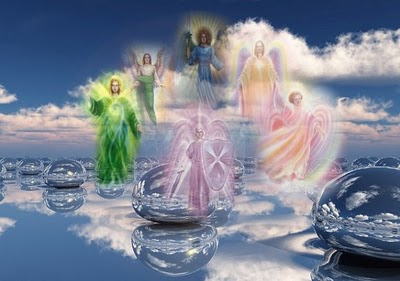 True soul connection and interaction through the incarnated being takes place on the following levels:

All four of these levels come together to form the interactive being. However, they can be distributed differently to create different expressions in relationship. As an example, an average human being – someone who is not particularly spiritually aware, but a basically “good” person might have a distribution as follows:

Someone say, with the spiritual awareness of a true guru or yogi would have a distribution along the lines of:

One should always strive to keep a considerably higher percentage of their personal relationships with others in the higher personality, rather than the lower.

3) Attempts to control all aspects of the relationship – both their own behavior and that of the one they are interacting with. This can take the form of pressuring the other, or simply saying what the other may wish to hear or NOT saying what they may not wish to hear.

4) rewards and punishes the other through behavior and language

1) Speaks the truth as they know it in the moment in a loving way, yet non-attached to outcomes.

2) Relates only in god-centered being focused through the heart. Does not compromise this god-relating for any reason.

3) Relates to the higher being incarnated in the other and not to his/her lower personality.

When the “pure consciousness” is 20% or above and the “essence” level is present, the incarnated being is able to communicate to the lower personality of the other through the sheer force of LOVE transmission from soul to soul.

I am a priest in the Ascension Alliance, Dame Prioress of the Priory of the White Stone, a spiritual consultant, Akasha translator (reader) and visionary artist. I have been translating from the akashic consciously as a profession of Spirit since 1967. I am co-founder and now sole operative of Spirit Heart Sanctuary, a non-profit church. My main font is the New Earth Star Inner-Academy. I work with planetary transformation and inner self-awareness, employing heart ascension principles. My internet services extend to members and participants globally. View all posts by Maia Chrystine Nartoomid

5 thoughts on “Thoth on Inner Relationship”